Skip to content
Disclaimer: This post may contain affliate links for which I could earn a commission as an Amazon Associate at no extra cost to you. here 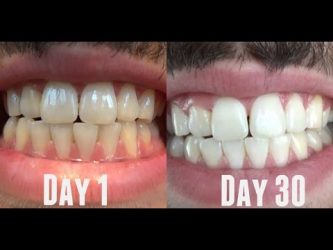 Coconut oil for receding gums is of the debatable topic in the oral care industry. The main arising questions tend to be ‘can coconut oil stop receding gums from receding further, can it fix the damaged part by helping gums grow back? Can it cure the periodontal disease, the main cause of receding gums? The advocates of ‘oil pulling say “yes” it can do all these, it can cure both gingivitis and periodontal disease. Not only that it can also cure cavities, bad breath and other diseases such as heart disease and asthma.

The opponents of oil swishing say no, it can only try but can’t do all that. If it is just a matter of taking bacteria out, mouthwash can do better than coconut. Why wasting 20 minutes swishing oil while you can do it in 1 minute with mouth rinse?

Where Is The Real Role Of Coconut Oil In Fixing Receding Gums?

To defend their position, the advocates of oil pulling remind us that in order for gum disease to be cured, bacteria causing it need to be removed. These bacteria living in our mouth are a single-cell organism, covered by a layer of fatty. Now taking the fact that ‘oil and oil mix together as compared to oil and water’ , then when you do the pulling, the oil acts as a magnet pulling these bacteria from their hidden place, get mixed with the oil which you will later,  spit it out. Oil can reach better in hard to reach places when compared to the toothbrush or toothpick. A water flosser can reach further too but the magnetic effect of the oil will pull out more bacteria than using water. Using mouth wash is an artificial way of doing it but coconut oil is a natural way of cleansing our mouth. And oil pulling does not only cure gum disease, but it also fix receding gums by causing gums to grow back.

The opponents say no way, gums do not grow back, to fix them you need to see your dentist for deep cleaning for complete removal of built-up plaque and tartar and if necessary undergo ‘gum graft surgery’ for repairing the damage gums.

While the advocate might be right since they back up their claims with testimonies of people who have practised from one week to 2 years time. What these people lack, however, is the before and after pictures, as we all know images speak louder than words.

What about scientific studies?

There is a good number of researches that have done on oil pulling to try to find out whether it works as claimed or not. However many if not all of these studies have been conducted in a short period of time, most of them 2 weeks time, swishing oil for few minutes, from 5 to 10 minutes while it is recommended to do for 20 minutes time. Their findings conclude that oil swishing real works in reducing plaque in one mouth, but mouthwash do better. But there is no research that has taken a long time approach to prove whether the use of coconut oil or any other oil in fixing receding gums or its core cause, periodontal disease.

Both advocates and opponents of oil pulling agree that our mouth is filled with bacteria, the warmth, leftover foods stack in the teeth make our mouth a nice and comfortable place for bacteria to live and multiply themselves very quickly. The better way to get rid of these harmful bacteria is through following good oral hygiene:

Following these routines will prevent you from acquiring gum disease. And if you have the gingivitis, an early form of gum disease, the routines above will reverse it. However, if you have developed periodontal disease, the above measures cannot fix it; you have to go for ‘scaling and root planning’ and if necessary ‘gum graft surgery.

One more thing to note is that if your teeth are cracked and rotten, consider other ways of fixing them such as fillings, root canal and if badly decayed consider replacing them with false teeth also called ‘implants or dentures’ and continue practising good oral hygiene including oil pulling to help the wounds cure quickly and stop the situation from returning back.

What is Oil Pulling?

The oil pulling is the teeth cleaning technique originated from Ayurvedic medicine in India, tested by many and proven to work wonders in curing cavities, toothache, bleeding gums, bad breath, whitening yellow teeth, all forms of gum disease. It is also claimed to be able to cure other body and skin diseases such as arthritis, heart disease, acne, migraine, diabetes and more.

The mouth healthy is a reflection of what is happening inside your body. If your mouth is sick, other parts of the body are also sick. This is because the mouth is part of the digestive system.

What the oil pulling does is that it sucks out infection-causing bacteria and their toxins out of teeth, gums and the blood. It is the best way of improving your dental health and the whole body at large naturally.

It is simple and harmless. The only cost to you is just buying coconut oil which is cheap in most supermarkets.

For fast results remember to oil pull on an empty stomach, 3 times a day, once before breakfast, lunch, and dinner.

You can do the oil pulling for as many times as you want but at least three times a day. Dr. Bruce claims that the oil pulling is like a vacuum cleaner that sucks bacteria, virus, and fungus such as warts out of the body.

In summary: Relying only on brushing your teeth daily is not good enough as Dr; Bruce says it touches only 60% of the teeth surfaces leaving plaque in hard to reach areas such as between teeth. That is why you are recommended to also floss daily, and now oil pulling for added benefits.

I heard about whitening teeth using coconut oil a few weeks ago and was amazed at how this simple trick is not widely known. Thank GOD I had coconut oil and decided to give it a go right away.

As you swish around, the coconut oil turns into water like and when you spit it out it looks like a cream yellowish sort of liquid filled with bacteria da.

My thinking is- this is the solution I have been looking for ages on whitening my teeth naturally. I have to do it.

It is now a week since I first started swishing coconut oil for 20 minutes three times a day and I am very impressed when I check my teeth on the mirror.

The stains that I thought were there to stay are now diminishing slowly but surely. My mouth feels fresh than I have ever felt before.

For the last 2 days, I have been having a bit of a toothache but nothing to worry about as I heard many people also experience a lot of stuff from time to time as bacteria and toxins are being flushed out from the teeth.

Quite excited real and with the positive mindset this swishing is now added as part of my daily oral health care routine no matter how long it will take before seeing a dream come true results. To some, it took a week, to others 7 months to 1 year to see results but does it means that when you get results you stop doing it? no. What is working is great, keep doing it.

It doesn’t hurt and it works no doubt about it.

Just swish the oil on your mouth for 20 minutes while doing other stuff is quite great. Can’t wait to hear your testimony.